By ZARA on February 4, 2014 in Angels, Archangel Michael, Incarnated Angels

How May Types of Angels are There?

This is the 2nd in a 3 part series of articles about an interview with ZARA. The first article discusses: Can People See Angels? 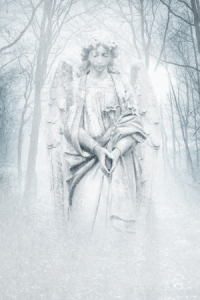 Jai: How many kinds of angels are there, and which do you work with?

ZARA: In the first triad are Seraphims, Cherubims and Thrones.  In the second triad are Dominions, Virtues and Powers.  In the third triad are Principalities, Archangels and Angels.  I work with good angels in all choirs, especially angels and archangels; but the one I work with the most is Archangel Michael.  Some angels have the job description of Guardian Angels and of course I work with them as well.

Jai: Do good angels incarnate as humans on earth?

ZARA: Some angels do incarnate as humans.  They do this for a special purpose–to be a good example for others and do their best to influence others in a positive way.  Archangel Michael channeled information to me in 1996 to let me know that many of the people who come to me for readings are really Incarnated Angels.

From the beginning of doing professional Angels Readings, true Incarnated Angels, and angelically inclined people have been attracted to my work.  Frequently, in the middle of doing an Angel Reading, the angels tell me that the person in front of me is actually one of these Incarnated Angels, of which I am one as well.  Or they may tell me that the person is an incredibly beautiful human, and that their good deeds and love of God are incredibly pleasing to both God and the good angels.

The Incarnated Angels, otherwise called Earth Angels are usually unaware that they are really angels, but when I tell them who they really are, they say it makes sense, and  tell me this information helps to explain many past situations and gives them relief.

When they are an angelically inclined humans, this makes people feel very happy as well, because God loves the humans, and that’s the reason good angels are here to help in the first place. 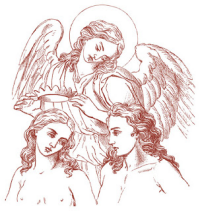 Jai: How do you know or recognize when an angel on high is present?

ZARA: Angels make their presence known in many ways including appearing as sparks of light that flash once and then dissipate.  They also make clicking sounds in your car, home, or wherever you happen to be at the time.  They often do this in response to a thought you had or something you said.  These clicking sounds confirm the last statement you made or the thought you had.  For those who are clairvoyant, the angels can also appear in the mind’s eye.

Jai: How can the ‘dark side’ hurt people?

ZARA: Many modern day people think ‘dark forces” do not exist, so, in many ways, they fall prey to the ‘dark side”. “The Greatest trick the devil ever pulled was convincing the world he didn’t exist.” Unfortunately, the ‘dark side’ does exist and Beings from the ‘dark side’ are wantonly destructive.

On a large scale, the ‘dark side’ causes wars and wreaks havoc on the earth, and have been doing so for a very long time.

On a personal level, one method they use is to psychically put ‘dark-side’ devices inside people to cause people to be angry and fight with each other.  These dark side devices can also cause pain in various parts of the body–typically the joints.

On a personal level, the Angel Readings I do are very helpful in people’s lives. Through my Angel Readings, I help people understand how the ‘dark side’ has been manipulating their lives, and I help change their patterns of thoughts and behavior to give them greater immunity from the shenanigans of the ‘dark side’.  In addition, with the angels help, I’m able to quickly clear dark side devices from people’s bodies, and I also teach people how to keep themselves safer than ever before.

In our next and final article in this series, we’ll discuss “Demons on Earth”.