By ZARA on January 30, 2020 in Angel Readings, Angels, Incarnated Angels

What Are Messages From Angels and Who Are They For?

I am a Psychic Angel-Reader, one who is in close contact with angels of light, and who passes their messages along to the people who come to me for readings.

All of my life, I have received messages for family, friends, and others from the Angels. But, although I could not resist the push I felt to give the messages I received in dreams and meditation, I did not fully understand who these messages were from. Perhaps I should have known, because whenever the messages were given to their intended recipients, they produced so much love and healing. That was one of the reasons I was willing to be the medium for the messages. The other reason was because, as the angels have shown me over time, I am one of them and I came here to help.

My visit with Archangel Michael

In 1996,when Archangel Michael came through and identified himself during a reading, I was blown away. He is so kind, so personable, and has such a loving way. He is an amazing love and unyielding force of light all in one. He also enjoys playing with words, and has a delightful sense of humor.

Once, around the time that Archangel Michael made his first personal appearance, a client who was with me received the message that she was created as an angel before she was a human!

She said, “I thought that I was an Angel when I was a little girl, but later I thought that it couldn’t be true. But now I realize that it is true. I am an Angel! …but how could that be? I’m not perfect.”

The response to her question that was given from the angels through my mediumship was:

“Angels-incarnate are not perfect. They are full of love, but they usually do not even remember who they are…that they were created as angels before they were born. They are loving and kind. They are curious, mischievous, and carry so much energy within their bodies that they are often highly sexual. They are never mean to anyone on purpose. They may make mistakes, and they might hurt others unintentionally, but as soon as they realize they have caused this hurt, they are sorry, and do whatever needs to be done to make amends.”

“They are the teachers, the healers, the philosophers, the ones who brought in all harmonious art and music for the world to enjoy.” 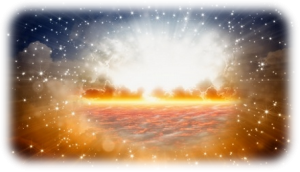 “The Angels who were born on the planet earth chose to come here for a specific purpose. When this earth experiment first began, thousands of angels volunteered to be born as humans so they could help and guide the ones who were created as humans originally. They came to heal and to inspire.”

Later, another client came my way who was told by Archangel Gabriel that she was originally an angel. She also concurred, saying that she had noticed important differences between her responses to stimuli, and the responses she observed in others. As an example, she said she could not allow herself to manipulate and deceive. When she was a child, she knew she was an angel, but eventually she changed her mind due to the influence of others. How could she believe anything so seemingly impossible, so different from anything she had ever been taught?

With the assistance of Archangel Gabriel, we cleared her energy blocks, and released her from her old mental and emotional programs, allowing her to move forward in her life with the understanding of her true angelic nature.

When Incarnated Angel understand who they are…

More and more people that came to me turned out to be Angels Incarnated as humans. I wondered, “How could so many people who come to me be Angels?” Then I received the answer. These wonderful Angels-Incarnate have not received the best of treatment in their lives. Many have low self-esteem. Angels have one specific quality that can be a bit of a handicap. They are very sincere.

Others, who are not Angels, can lie. Angels are completely honest and straightforward, and go through their lives erroneously assuming that others are as forthright as they are. Because they have so much light, many people love them. But also, because they tend to be highly intelligent and possess many talents, there are those who tend to be jealous, and wish to do them harm. These same people find the Angels to be very easy targets, because angels-incarnate usually accept others’ words at face value. Angels tend to be naïve, and often easy for deceivers to manipulate.

When I became completely aware of the fact that the work I do is exactly the work I signed up to do before I came into this life, I entered a very peaceful awareness that allowed me to enjoy giving Readings. With the assistance of the Angels, clients move forward in their lives with a whole new insight. As they realize they are Angels-Incarnate, their faces change from confusion and perplexity into the light of true understanding. As they receive their messages concerning their specific purpose for being in this life, their attitude concerning the pain they suffered earlier in their lives starts to vanish. Their lives are transformed.

After their Angel Reading, they look very different from the way they looked before. They are happier, more confident, more self-assured, and it shows. They tell me that their old beliefs concerning what they thought were limitations are gone, which allows them to be more open to their intuition and their psychic abilities.

As the Angels are learning who they are, and are allowing themselves to be fully empowered, they are no longer allowing themselves to be manipulated, nor are they accepting deceit. With their angelic awareness of their connection to source, it is easy for them to stay focused and to fulfill their true purpose. Victory is ours. The time of the victory of Angels is now.