I Believe in Angels…Do You? 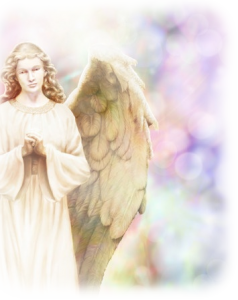 The greatest message that Archangel Michael is sending to his Light-workers at this time is” that we are not alone.

My Association With Archangel Michael…

I am an Angel-Medium, and work very closely with Archangel Michael on a daily basis, and witnessing his miracles quite frequently. Yet even I am sometimes completely amazed by the fact that he truly cares, and that he is obviously willing to get involved on our behalf at lightning speed.

Once, in January 1998, Archangel Michael helped me in a very dramatic way:

It was raining very hard that night, and the visibility was exceedingly poor. We were looking forward to a wonderful meal at the Indian restaurant next to the railroad tracks by the Edmonds, WA ferry dock.

In order to get to a parking place, as we attempted to cross the railroad tracks sideways, our car got stuck on the tracks. After we got out of the car in order to assess the problem, we realized our problem was severe. The only drive-wheel was up in the air, and attempts at pushing the car appeared to be futile, because pushing it would only cause the car to rest more firmly on the tracks. Apparently, we were hopelessly stuck on the railroad track…a very active one. We had no idea how soon the next train might come through and crash into my car! The people with me that night were my life-mate, (to differentiate from the archangel with the same name), Mike, and two friends, Catrina, and Deni.

Deni and I ran to the Indian restaurant in order to call Triple A, while Mike and Catrina stayed with the car to try whatever they could think of to get the car off the tracks.

When we reached Triple A on the telephone, regretfully, the only voice I heard was that of a recording. “All of our representatives are busy right now…”, etc. This was a dire situation because the matter at hand was urgent. 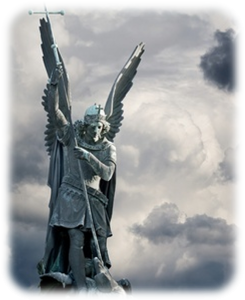 I handed the phone to Deni so that she would tell Triple A what we needed, and I ran back to the car to find out if anything had changed. Suddenly, I remembered Archangel Michael. Up to that moment, I had been so panicked that I had forgotten to ask for help. I simply said, “Archangel Michael, help me!”

Then, I took two more steps, at which point I could see my car being lifted off the tracks, and onto the street. Then, Mike backed the car away from the tracks, and drove it about a block away in order to park.

What had happened was that Mike and Catrina had tried everything that they could come up with, but to no avail. Suddenly, a woman who was a ferry-worker saw our plight, offered her assistance, and knew exactly how to turn the steering wheel in order to make it possible to effectively push the car off the tracks. She had seen this happen before, so she had experience. She was very kind to help…kind of a guardian angel in disguise. She was especially kind and caring in view of the fact that other ferry-workers had already refused to help in any way, stating that it was not their problem, (although a train-crash occurring immediately next to them would have been their problem whether they realized it or not). This woman, however, had angelic qualities, and seeing our dilemma from a distance, came to Mike and Catrina, and offered to help.

We need to ask…

Although there was human assistance involved, the moment the car came off the tracks, I knew Archangel Michael had intervened. The dramatic turn of events occurred immediately after I asked for help, and I knew the solution to our predicament at that exact moment was no coincidence.

All of us were witnesses to this fact, and none of us will ever forget the magnitude of this extraordinary event.

Angels love what they do… 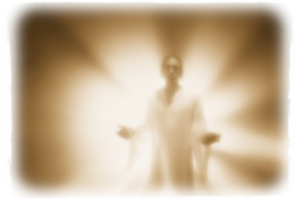 Angels enjoy spreading healing and messages of love. They, like the Light-workers on earth, absolutely love doing their part.

So, when you understand how extraordinary, how loving and how easily accessible Angels really are, you might be aware that Angels are very real. You might even remember to offer the Angels permission to get involved in your life, so that you too can receive Angel-blessings, as so many others, including myself, have experienced.

Angels of God
Travel With Angels