In keeping with the spirit of my lasa previoust post, “Earth Angels”, where I talked about appreciating all the good they do, I thought I would like to follow up by sharing how I first became aware of the Good Angels, and how they have blessed my life.

This is part 1 of an “Interview with ZARA” which first appeared in the Blue Star Gazette several years ago. It was written by Jai Reed who was, at that time, the owner and editor of The Blue Star Gazette, a Port Townsend, Washington publication.

Jai: What age were you when you first became aware of angels?

ZARA: My mom was the first person to tell me about angels. When I was little, she used to read me stories, and some of them were about beautiful angels. I loved those stories, and I always wondered if angels were real.

The first time I had a direct experience with angels was when I was a child. I was very close to my grandma, and when I was nine years old, she had a massive stroke, and seven months later, she died. Because I loved my grandma so very much, and was with her when she died, I was deeply traumatized.

My mom, aunt and I were with my grandma the morning she passed, and at that moment, I could see angels floating above her. As I witnessed this, the angels’ loving presence comforted me and helped me to understand that Grandma had truly passed into the heavenly realm surrounded by a beautiful company of angels.

Jai: What enabled you to work with the good angels as a Psychic Angel Reader?

All my life, I’d been psychic and could naturally hear people’s thoughts. Besides this natural ability, I always loved the angels, but had no idea I would become a medium for them.

Next, after twenty years of daily practice of deep prayer and meditation, I was blessed with Christ Consciousness, also known as Samadhi.  This was a gift bestowed upon me by God, (but it didn’t just come, it require 20 years of serious determination and effort), while concurrently, my psychic ability expanded.

A few years later, during a psychic reading, I became aware Archangel Michael and other good angels in his legion were with me, and he was guiding me during my Readings. I was astonished when Archangel Michael contacted me and told me I was his channel.  This happened right in the middle of an Angel Reading – both my client and I became aware of him at the same time. I’m glad it happened in this way, because her presence and awareness helped to validate the profound realization I had just received about my work. Archangel Michael wanted me to know I was working with him to help people – both Incarnated Angels, and angelically inclined humans.

Jai: How did having the gift of being an Angel Reader change your life?

ZARA: I enjoy the special gift God and the angels have blessed me with because this is the work I was born to do, and yes, it has changed my life.  I had always wanted to serve God and help make this world a better place, and through the work that I do, I feel that’s what I am able to do.

ZARA: I operate both in the spiritual and physical dimensions simultaneously, and in the “energy clearings” I include as part of my Angel Readings, I’m able to transmute a portion of a person’s negative programming, and I am able to teach them to see things differently, and thereby influence positive changes in their lives.

I can do this because the angels have given me a gift, and through their being with me and working with me, I’m able to help people get rid of “negative old programs”, and be happier than they were before.

In my Angel Readings, the angels and I teach people to understand themselves, and love and forgive themselves for honest mistakes they’ve made in the past. Then, after releasing and purging through the “energy clearing” I do, the angels and I give people direction so they can go on and accomplish more of the good they came on earth to do…their true spiritual purpose.

This is the 1st of a 3-part series of the interview with ZARA. In our next 2 articles, the interview will continue and talk about The Different Types of Angels, and answer the question… Are There Demons on Earth? 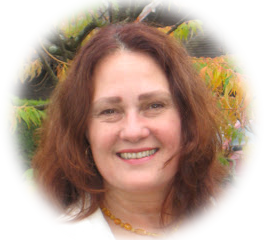 An Angel Reading and Spiritual Counseling session can help you answer some of your deepest life questions, and help you with every aspect of finding and staying on your highest true life path.

If you would like to discover if you are an Incarnated Angel, and how to accomplish your “angel work”, or for guidance for a happier more meaningful life, please Contact Me or call me at 425.741.9752.