By ZARA on November 6, 2014 in Incarnated Angels 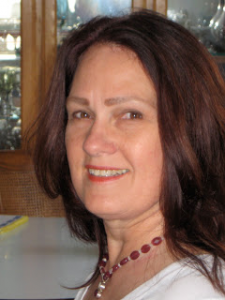 Since I first introduced the concept that some good angels can incarnate as humans in 1996, (Incarnated Angels), countless people have asked me questions about Incarnated Angels, and what this means.  Over the years, through answering individual letters and emails, I’ve been able to ascertain what most people want to know on the topic. So now, I’m presenting a series of blog-posts in which I will address the most frequently asked questions, (FAQ), so correct answers about the topic of Incarnated Angels will be readily available for everyone.

This is part 1 that addresses some of your questions:

FAQ:  What are Incarnated Angels?

Answer: Incarnated Angels are beings who were created as angels, but then, because of a special need relating to helping God positively influence humankind, some good angels volunteered to come to earth through the normal method of birth. These good angels have now incarnated many times. In the process, they’ve forgotten who they really are and have gotten caught up in this earthly existence. Nevertheless, they tend to retain some of their original qualities such as a strong feeling of connection and love for God, and a burning desire to participate in making this world a better place.

How do Incarnated Angels and Human Angels compare?

FAQ:  Are Incarnated Angels the same as  “Human Angels”? 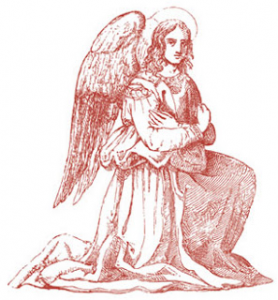 Answer: To me, there’s a big difference between the concepts of ‘human angels’ and ‘Incarnated Angels’. The term ‘human angels’ sounds like literal angels in all their glory walking upon the earth like super-beings. To me, that is a fanciful off-shoot of the message I brought, is not true, and doesn’t exist.The term ‘Incarnated Angel’ actually means something humble and realistic. It denotes having an origin as an angel – the soul of an angel – and volunteering to come to earth, not necessarily remembering who they are, but having a strong sense of being here to HUMBLY help God and humans by doing their best to influence others in a positive direction.

FAQ: Are Incarnated Angels Here to Do One Good Deed?

Answer: Some have stated that this life is the first one for Incarnated Angels, and that after doing one good deed, the Incarnated Angel may die very soon–having thus achieved their purpose.This is incorrect. God is not interested in “doing us in” just because we accomplished something good in our lives! Far from it, after doing good deeds, we’re then given more assignments, and MORE protection from good angels above and from God.

FAQ:  Are Incarnated Angels supposed to be perfect?

Could you be an Incarnated Angel?

FAQ:  “If I am an Incarnated Angel, what is my Purpose?”

Answer:  The reason some angels on high have incarnated on earth is to be a positive influence on humanity.  Without some good angels incarnating as humans over the centuries, humans would have lacked sufficient guidance to survive. This is why there have always been shining examples of men and women who have inspired humanity and given them hope. Most of those shining examples were, in fact, Incarnated Angels. In the current time period, since the world has fallen into indifference and chaos, humanity needs good Incarnated Angels to help show them the way. 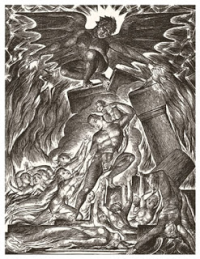 FAQ:  Why are Incarnated Angels here?

Answer:  Those who look at the world objectively are aware that the dark side has been running amok for a long time.  This is because eons ago, after the war in heaven in which one-third of the angels rebelled against God, (now called fallen angels or “the dark side”), those that fell, (the fallen angels), decided to try to get revenge on God by purposely corrupting God’s children, the humans. Then, sometimes donning a human likeness, (shape-shifters), sometimes operating as sociopaths, and sometimes operating from other dimensions in the form of demons and dark spirits, the fallen angels negatively influenced humans as much as they could. Introducing humans to implements of war, they taught humans to hate and kill each other. Through dark magic and subterfuge, they conditioned  humans to submit to their rule, and in either their shape-shifting form, or in their human/fallen-angel form, they occupy most positions of rulership and influence, most notably the  media.

We, the good Incarnated Angels on the side of God, are here to wake  ourselves up, get informed, and do whatever we can to help the good side win so humanity will survive, so people en mass, once again, can get into a lasting harmony with God.

In our next article, I’ll continue answering more of your questions.