In the Beginning…The Creation of Angels and Humans

Almost everyone agrees that in the beginning, God was all that existed.

There was no one else for God to talk to. There was only God.

After a while, God decided to create other beings besides him/her self, and that’s what God did…  The first beings God ever created were the angels, who then existed for eons before, eventually, God created humans.

Who are the Angels?

Before humans were created, angels were happy, peaceful and magnificent.

In many ways, they’re very different from the humans. They carry an incredible amount of wisdom, information and understanding, and the power they possess is far beyond our comprehension 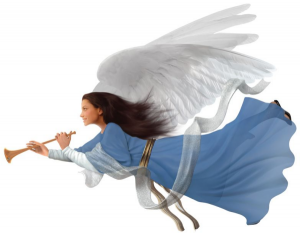 Yet, they are not perfect…While the angels were created to love, help, and be messengers for God. For a very long time, they fulfilled their function perfectly, but eventually there was a problem. The problem occurred after humans were created. (In fact, good angels were involved in the creation of humans)

For a long time, humans were innocent, originally they had a great deal of purity. There was no war, no killing, no bloodshed of any kind. Humans got along with animals and with each other. They had no fear, no anger and no aggression. All of their needs were met and they were in harmony.

It may be hard to believe, but humans were once very pure, and God and the good angels who helped to create humans were happy with the – just as good parents are pleased when their children are doing well and behaving themselves – but, as I indicated before, a problem eventually developed.

The problem was this: 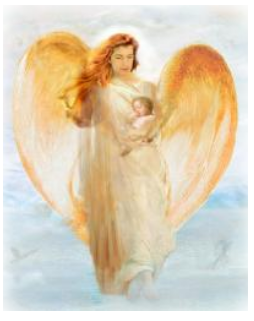 The humans, complete with the beauty and innocence of their souls, were very loved by God. For this reason, some of the angels were jealous.

The majority of the angels were okay with humans being loved by God, but some had an attitude like children who are upset and jealous when a new baby comes into the family and “steals” the parents’ attention they feel should belong to them! Of course, some children are never jealous of their new baby brothers and sisters, but some are intensely jealous and resent their younger siblings for the rest of their lives.

Like resentful children, the dark angels’ battle cry was that since they came first, they should get all the attention. So in order to fight against God’s decision to love and care for humans, dark angels, (dark entities, demons) who were against the humans got “organized” and formed a legion of rebels.

The good angels, not buying into negative thinking, could not understand the jealously of the disgruntled angels. They felt that there was plenty of room for all. They felt that because God loved the humans, nothing was taken away from them…They were pleased that the humans were good, and they liked their innocence.

Two thirds of the angels did not side with the rebel angels. In fact, the falling of their brothers and sisters came as a shock. They never expected such a thing to happen and as they watched it happening, they couldn’t believe the arrogance of the negative angels, dark entities, demons.

The good angels knew that there was no reason whatsoever to be jealous of the humans, and couldn’t understand why the fallen angels were so insecure that they were angry about a “problem” that didn’t even exist. In other words, they were supportive of God, and in their loyalty to God, followed the guidance and leadership of Archangel Michael.

This is a 3-part  series, in my next article we will discuss the rebel angels.