By ZARA on October 10, 2019 in Angel Readings, Incarnated Angels

How Do Incarnated Angels Feel When They Find Out Who They Are? 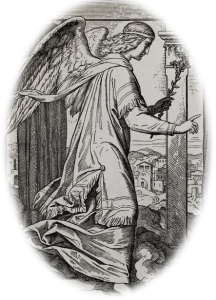 In our last article we talked about my role as an Angel Reader, informing individuals that they are incarnated angels and giving them personal messages from Archangel Michael and sometimes Archangel Gabriel.

To illustrate their feelings, let’s recap of the story of Andrea:

During her reading, Archangel Gabriel came through. His message was this, that she was an Angel that had incarnated as a human. Andrea also concurred, saying that she had always noticed important differences from her responses to certain stimuli from the responses of most other people. As an example, she often felt confused about the fact that, unlike ordinary people, she could not lie, manipulate or deceive, and was often straight-forward even when being candid was not to her greatest immediate advantage.

In other words, she was aware that she had a great deal of purity that she simply could not shake. She had also noted that she was virtually incapable of wishing ill-will upon others, even when they had treated her badly. She said that when she was a child, she intuitively knew she was an Angel. But eventually, due to the influence of other people, she began to doubt and ultimately changed her mind. How could she believe anything so seemingly impossible, so different from anything she had been taught? Yet, Archangel Gabriel’s message was compelling.

Remember who you are…You are an Angel. You came here to help the Divine Plan. It is important that you recognize your true heritage so that you can quickly get on with your mission…”

This information was startling, because at that time, no one was saying that Angels incarnate as humans. As the rest of the reading flowed through, I was amazed that I was the first one to receive and transmit such an important piece of knowledge. As time progressed, more and more people that came for a Reading turned out to be Angels who had incarnated as humans. I found an inner verification for the messages, but I started to doubt anyway. I thought, “How could so many people who come to me just happen to be Angels?” Then I received the answer…The job I was given before my birth was that of an Angel Advocate.

Why do Incarnated Angels find me? 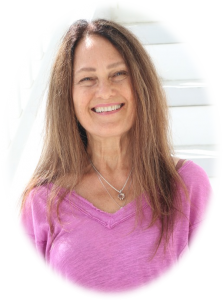 That is the reason that so many Angels-Incarnate intuitively find their way to me for readings. They need an advocate to debrief them so that they can find and receive acknowledgment about their true identity and the purpose of their lives. The archangels lead them to me in various ways.

Individuals report that after seeing my picture or hearing my name, they have a profound knowledge that coming to me for the messages I deliver is very important for their life and for their path. As became apparent in the Readings, these wonderful Angels-Incarnate have not received the best treatment in their lives. Many of them have low self-esteem because of the way they have been treated.

Also, Angels have one specific quality that can be a bit of a handicap. They are sincere. Others who are not Angels can lie. Such Angels-Incarnate apparently really need an advocate—someone who can accurately receive and deliver true angelic messages…messages that carry with them helpful and practical insights. In this way, through my Angel Readings, the Angels-Incarnate are given specific knowledge they need in order to powerfully take charge of their lives, rather than continually being bandied about like a ship in a raging sea by jealous people who want to control them.

Angels are completely honest and straightforward, and go through their lives erroneously assuming that others are as forthright as they are. Because they have so much light, many people love them. But also, because they tend to be highly intelligent and possess many talents, there are those who tend to be jealous and wish to do them harm. These same people find the Angels to be easy targets, because Angels-Incarnate usually accept others’ words at face value. They are naïve and easy for deceivers to manipulate. They do not understand manipulation because they would never manipulate, and they fail to realize that not everyone is trustworthy. For this reason, they often buy into criticism even when the true motivation for such criticism is jealously rather than honest frankness.

When I became completely aware that the work I do is exactly the work I signed up to do before I came into this life, I entered a peaceful awareness that allowed me to enjoy giving Readings. With the assistance of the Angels, clients move forward in their lives with a whole new insight of who they really are. As they realize they are Angels-Incarnate, their faces change from confusion and perplexity into the light of true understanding.

After the Angels understand… 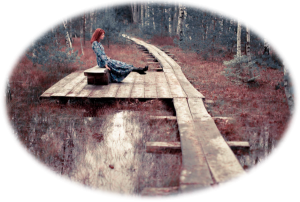 As they receive their messages concerning the beauty of their soul, and their specific purpose for being in this life, their attitude concerning the pain they had suffered earlier in their lives starts to vanish.

As I am able to find their blocks to success and happiness and then clear those blocks away, their lives are transformed. After their Reading, they look very different from the way they looked before. They are happier, more confident, more self-assured, and it shows. They tell me that their old beliefs concerning their supposed limitations are gone, which allows them to be more open to their intuition and their psychic abilities.

In this way Victory is ours. The time of Victory of the Angels is NOW.