What Important Messages Are You Receiving Through Numbers? 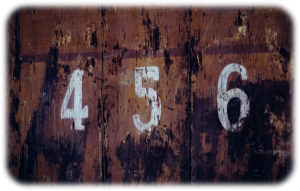 Starting in about 2010, I began getting phone calls and messages from clients about numbers. Previous to that, when I got phone calls and emails from people who were interested in getting Angel Readings, people’s initial conversations were primarily centered around, and limited to, their personal issues, and their interest in Angels.

Then, around  2010, something else had been added to the list…People were noticing numbers on digital clocks and elsewhere like crazy! At that point people felt like the numbers, the universe, God was trying to say something to them. They intuitively knew the numbers carried an important message for them and they wanted help deciphering just what all the numbers standing out to them were trying to tell them.

I’m referring to what we’re now calling Angel numbers. 11:11 is the number most common for people to notice, and when they start noticing it, they tend to open up, become aware, and begin to notice many other numbers of significance as well. 11:11 is a number that opens doors to the very Cosmos and helps people begin to understand what the Angels and the Andromedas have been trying to tell them.

In fact, many people are noticing triple numbers. They’re seeing 1:11, 2:22, 3:33, 4:44 and 5:55. These numbers are telling people to wake up. We’re no longer living in the Age of Pisces. We’re now living in the Age of Aquarius, and the “rules” in this Age are so enormously different from the Age that came before, it’s going to be difficult for much of humanity to adapt. (In my next article, I will write about the Mandela effect, and how noticing those changes are important for your spiritual growth as well as noticing the numbers.) 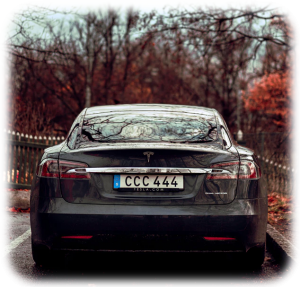 When my husband and I are in the car going on a 3-hour trip, as a fun game, I have a habit of looking at license plates and miscellaneous other places, trying to spot every single triple number from 1 to 9.  I’m usually totally successful in seeing them all. While playing this game, as a matter of interest, I came to realize that the 3-6’s number that has been used so badly by the dark side, was usurped by them. Originally, it was a good number too, but the darkside has purposely turned it into something fearful.

In, and of itself, there’s nothing wrong with the 3-6’s; but the darkside, in their usual manner of twisting things that are beautiful and making them into something bad, simply stole it for themselves and thus disenfranchised its usefulness for the rest of us who are primarily good. As a matter of interest, they have also done this with 911, which, I have heard, was the actual conception date of Jesus Christ. So, rather than allowing us to associate 911 with something miraculous and beautiful, we have been manipulated into associating it with emergency and tragedy.

So, like so many other things that are good and beautiful, the darkside has gotten us to be fearful and to not like something that was completely good in the first place.

On the other hand, since that number has been usurped by the darkside, I, myself, am wary of it. My purpose in bringing up the topic is merely to make a point about how the darkside is manipulating and controlling us without our even realizing that we’re being manipulated. 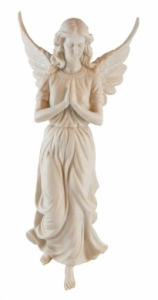 But when you see numbers that have particular significance to you, those numbers do indeed have a message for you. They mean it is time to wake up quickly, and to place close attention to the fact that that which we call reality is definitely shifting.

The numbers themselves are one sign of shifting reality. People are noticing, and it is getting into their brains. Yet while many people are waking up, others remain fast asleep. But the Universe is trying to wake those people up too.

In fact, the Universe is trying to wake up everybody, and that is the primary reason that I’m writing this article. If you are noticing certain numbers already, then keep it up. As you do so, you’ll wake up even more. In fact, waking up is an ongoing process.  If you’re not noticing numbers yet, start opening your eyes, and begin to notice now. So much is changing right now, it’s important to be aware, for the very purpose of survival.

As I finish this article, written on my cell phone, I notice that my cell phone is charged up to 88% ! What a coincidence! And it is 9:13. Good numbers!!!

And, before writing this sentence, the word count was 909!