By ZARA on December 7, 2017 in Angels, Incarnated Angels

Do Incarnated Angels Have Wings?

What’s the first thing you do when you find out you’re an Incarnated Angel?

Look for your wings? 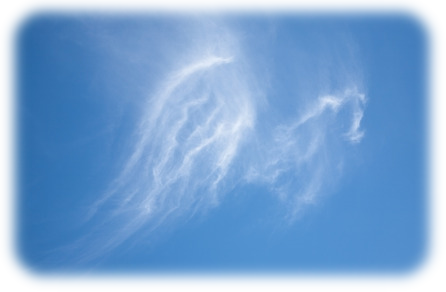 Believe it or not, that’s not as silly as it seems. Although, of course, we do not literally have physical wings, many have reported feeling their “wings”. It’s an interesting phenomenon, and I’ve experienced it myself. Sometimes in the shower, I find myself compensating for my wings as I turn to rinse. I notice that, and I wonder, “Why did I do that?” A moment later, I shake myself and recognize that I’m intuitively compensating for the wings that are there, but in a different dimension. In the dimension that we’re used to, the wings are not there. But in another dimension, they certainly are there!

Sometimes I see wings on other people. I saw beautiful white expansive wings on the back of a good friend who, (many years ago),  kindly offered to give me a ride to the airport when I needed one. While he was placing my bags in the trunk of his car before helping me inside, I could see his full wingspan. I silently watched, and simply took note of who he was. (He was an Incarnated Angel) I did not mention the wings to him. I merely observed. I intuitively knew that the reason his wings were outstretched, as the Incarnated Angel he was, was because he was not only doing a good deed by driving me to the airport and helping me with my bags, but he was enthusiastic about the good deed he was about to do. That emotional enthusiasm caused him joy, and it was that joy that caused his wings to become visible to me.

Occasionally, when I’m asleep in bed, I partially come out of slumber in order to tuck in my wings so I can roll over without upsetting my them.

“Without upsetting my wings? What??” That thought really wakes me up, and then I remember that I don’t have wings. Or do I?

The answer is, yes, I do! They are of a different dimension, but yes, the wings are there! 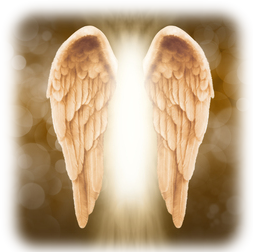 As I alluded to earlier, many people have told me they experience the same sort of phenomena. They see wings on a friend’s back, for instance, and then realize their friend is an Incarnated Angel. And/or they feel the wings on their own back. They love it. It’s wonderful!

Additionally, I often see wings on the backs of clients who come to me for Angel Readings. At the beginning of  their session, their wings are sometimes folded or wrapped around them, but after getting deeper into the session, (at which time, the client feels happier and more relaxed), their wings often expand. That’s when I mention their wings to them, and they usually thoroughly enjoy hearing about them, and often confirm that they feel them too! 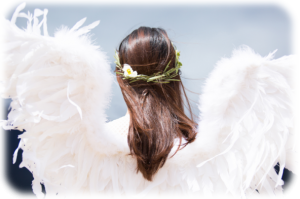 The wings I’ve seen on the backs of clients are of various colors—white, white tinged with pink, or white tinged with blue are the most common that I see. They’re beautiful, and when the people I’m with are told about their wings, they express their joy about being confirmed in that way.

By recognizing yourself as an Incarnated angel, and then following up by scheduling Angel Readings with me, you can get the understanding and validation you need to help you have an easier life. Then, you too can discover if you are an Incarnated Angel and if you have wings!

If you’d like an Angel Reading and Spiritual Counseling to help you in your journey, Contact me or call me at 425.741.9752