By ZARA on September 29, 2014 in Angels, Incarnated Angels

Do Angels Incarnate as Humans? 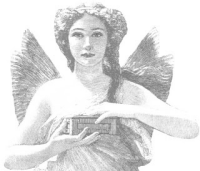 All incarnated angels have their story and every one is fascinating. The following is my story of how I first came to know that I am an Angel incarnated as a human – an Angel Incarnate.

I know that some angels incarnate as humans because I am one. Several years ago, just as I was starting to fall asleep, I suddenly found myself in another realm as an angel. Actually, at first, I didn’t know I was an angel…but what I did know was that I was a huge, powerful, all-knowing being–and absolutely ancient.

Anyway, I picked out some humans who were public figures, and I opened my mouth and allowed an amazing sound to come forth from my mouth. Later, I learned that this is called “toning”, but at the time this happened, at least in my ordinary reality, I knew nothing about toning, and I had never even heard of it before.

Still, in the higher astral realm, things are decidedly different.

Then, I suddenly came back into my regular human body and opened my eyes. As soon as this happened, I KNEW that in another realm I am an Angel. I knew that. I had no doubt.

Over the years, I’ve had many such experiences, and eventually I became a professional Angel Reader. This is what I do for a living. I help people by giving them messages from angels, and by clearing their negative programs which would otherwise cause problems for them. I also teach classes, including Spiritual Counselor Training, Reiki, Tarot, and Crystal Healing, as well as many others…

Since that experience, I’ve come to realize that many people are really angels Incarnate, only most of them don’t know it.

In my professional capacity as Angel Reader, I help the Incarnated Angels to know who they are and give them answers to their questions about what it means to be an angel on this earth, where they came from, what their purpose is,  how to accomplish what they came here to accomplish in this earthly reality and how to cope. (Coping with being here can be really difficult…Being on earth is not easy for an angel).  In other words, through the angels, I am a guide and a psychic and as such, I help the Incarnated Angels.

In my next article I’ll share my story as an Angel Reader.

Communicate with Angels
Angels as Humans