Be Rejuvenated by Breathing Pink! 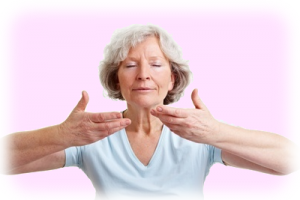 I thought that especially this time of year we could all use a little rejuvenation in our lives to look better and feel better…without a great deal of effort and no expense, so I wanted to share with you this wonderful thing I discovered…

One of the things I’ve noticed with my clients is that more and more of them are really concerned about looking and feeling good, and I am so happy that I’ve found something that can really help, and to this end, I’d like to share my great find with you.

A while back, I came across an amazing, simple idea which impressed me so much, I had to try it.  I found the story of a woman who had an unusual spiritual experience. Several times, she saw a beautiful, large circle of beautiful light pink in front of her. She knew it had some meaning, but she had difficulty discerning what the meaning was. Then, the meaning came to her in a flash. As she suddenly realized, “I’m supposed to breathe pink!” Heeding the message, she began to visualize the color pink, and breathe it in during two ten-minute sessions every day.

The results were great!

Having previously believed she was a few pounds over-weight, had painfully noticed wrinkles on her face, and other signs of aging in her body, she began regularly practicing breathing pink over the days, weeks and months – her skin improved, her wrinkles actually disappeared, and the weight came off. Besides that, she was also feeling much better. She wasn’t the only one who noticed the miraculous rejuvenation taking place. Wherever she went, friends and acquaintances commented on her increasingly youthful appearance, and wondered what she was doing that caused her to look so good. Eventually, after about seven months of the daily practice of breathing the color pink, she was so rejuvenated, some of her acquaintances literally didn’t recognize her when they saw her. She looked that much younger… 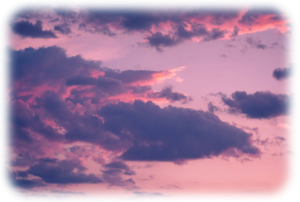 When I heard this story, I immediately decided to try it for myself. I knew that I had nothing to lose. After all, it sounded fun and easy, so I began to BREATHE PINK, sometimes imagining pink clouds in the air right in front of me, the color of strawberry ice cream and my strawberry quartz crystal. I simply imagined I was breathing this beautiful, joyful pink.

After practicing it for a only a few months, something amazing happened. I felt much happier and more light-hearted than I had felt since I was a child. Breathing pink took me directly back to a very special feeling I had inside of me when I was still a little girl–a feeling I thought I’d lost!  I could feel it. It was unmistakable.  It was as if years worth of unhappiness and hurt fell away, and besides that, after concentrating and breathing pink for even that short period of time, I felt more youthful and more alive than I had felt in many years.

Because I found that as I continued the practice, breathing pink caused me not only to feel younger, but judging from the comments I received from friends and acquaintances, caused me to look much younger and vibrant too. In addition, even my health improved dramatically. It was then I decided to teach my students how to BREATHE PINK. The method I taught was to sit together in a circle, with a lamp shining a pink light-bulb in the middle, and practice deep breathing while looking at the light.  We practiced this each week before class, and in a relatively short time, several of the students reported interesting and encouraging results.

The eyes have it… 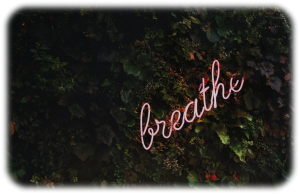 A couple of people noticed that their eyesight had improved.  In fact, Micha, a lady in her fifties, actually went to her optometrist and obtained proof that her eyesight improved! The optometrist was mystified as to how her eyesight could have improved in two years instead of getting worse as would have been expected in any woman her age. Especially considering that Micha is not in her twenties or thirties–or even her forties, her optometrist was amazed at how her eyesight had improved so much. Her results were that while two years before, her right eye prescription was 4.25,  her new results showed her right eye prescription as being only 4.00.Additionally, as of two years before, her left eye prescription was 4.75, and the latest results showed her left eye prescription as only 4.50.  This means her vision improved .25 in each eye…just from breathing pink each day in the way I taught her!

In another example of eyesight improvement, Betty, in her sixties, also noticed dramatic improvement in her vision. Several months before, she required reading glasses when reading ordinary sized print.  Now she can read without her glasses. She reports that the change is measurable and obvious.

I too have noticed numerous signs of regained youthfulness. My skin, hair, and eyes have all noticeably changed and improved and I’ve noticed that my attitude has become more joyful, hopeful and brighter. I’m also getting into smaller clothing sizes, have more energy, and am experiencing a greater all-round zestfulness for, and enthusiasm about life.

As a side benefit, breathing pink not only helps you feel and look better, it will also help you to slide easily into a meditative state, and will help you feel calm, joyful and centered.

The benefits are enormous. After practicing these techniques for several months, you will hardly believe your eyes…but you will see, and your friends will confirm…it’s true. You will look and feel much younger.