By ZARA on July 16, 2015 in Archangel Michael, Incarnated Angels 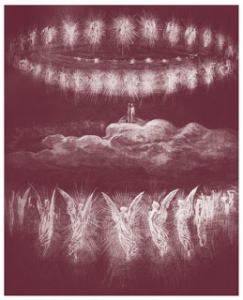 This summer here in Ocean Shores, the weather has been unbelievably beautiful, so I thought now would be a good time to sit down and write some words to help explain the main message I’m here on earth to share – the true role of Incarnated Angels in this world.

Most people believe that angels exist and that the good ones try to help us, but the idea that they’re not just out there in the ethereal realm, but also in the physical realm, as humans, is an understanding not as many are aware of.  In fact, I was the person chosen by Archangel Michael to convey the message, (in the modern age), that angels can incarnate as humans.

I am a long time meditator, kriyaban and follower of the teachings of Paramahansa Yogananda, and in 1990, due to the multiple years of using kriya yoga for the purpose of knowing God, I was blessed with samadhi, otherwise known as Christ consciousness.  That sacred event, coupled by who my soul already is on another level, is probably the reason I was chosen as the messenger of good angels sometimes incarnating as humans.

As I was growing up, I was not aware of Archangel Michael.  From a worldly sense, I did not know who he was, yet in 1996, during Angel Readings I was doing for clients, he started coming through, as was apparent, on several occasions, to both me and the clients.  Among other things, he helped me realize that angels can incarnate as humans, which, for the sake of an easy label, I called “Incarnated Angels”.

The article that I wrote for a magazine called The Higher Source in 1998 called Victory of the Angels, took people by surprise, because, in the modern age, no one had publicly given the message of good angels being able to incarnate as humans before me, yet, following publication and distribution, MANY responded favorably and in the affirmative, meaning, when they heard the truth, they recognized its validity.

The time for recognition of some good angels incarnating as humans was right, and the need for that knowledge was great.  So my article, “Victory of the Angels” was a landmark statement that “broke the ice”.

Others who now talk about Incarnated Angels…

From that point, several metaphysically oriented people have claimed knowledge on the topic, but in looking into what they’re saying, it is plain they do not understand the true significance and have altered the message.

On planet earth, of course, these things happen, so in this article, I’m clarifying the original message, so that those who have been confused by various incorrect ideas put forth by other authors can hopefully gain a greater understanding of who and what Incarnated Angels really are.

In my next article I will share with you a Message from Archangel Michael.