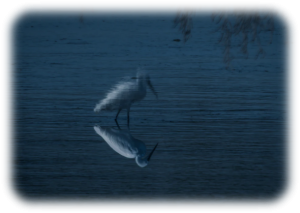 Some people believe that either reality or our concept of reality is shifting. For me, through the years, our supposed reality has become much stranger than I ever expected.

Many people that I do Angel Readings for, including my friends have noticed changes. Thank Goodness I’m not alone in my observations!  Yet this whole topic is all so enigmatic and hard to pinpoint that, for quite a while, I just put the whole thing on the metaphorical “shelf” in my mind with the idea that when more information would be provided by God and the Angels, the meaning of the above mentioned changes, as well as countless other weird changes I’ve become familiar with, make no logical sense.

It reminds me of the movie “The Matrix”, when the character Neo sees a cat stretch and go by a doorway, then instantaneously sees the same cat do the same exact thing again. Neo notices this seems strange and mentions it to another character in the movie, who, after seeming alarmed, discloses the suspected meaning–that a glitch in the matrix represents a change in outer reality. In the movie, it turns out that the character that told Neo the supposed meaning was right. Indeed, something had “changed in the matrix”.

Changes in the Bible…

A while back, someone sent me an email about supposed changes that had spontaneously taken place in the Bible, so I looked into it.  The link she sent referenced a change in the KJV Bible passage regarding Isaiah 11:6, about the lion and the lamb. This particular passage was very well known–to the point that a picture of the lion lying down with the lamb was commonly posted in Sunday school classes, and even Elvis Presley had sung an inspirational song about the lion lying down with the lamb.

Back in the early ‘90’s, I studied the book of Isaiah along with others in a Bible study group, and had noted that a particular passage in my personal Bible, that I’ve owned since 1981.  The passage went:

I, like others, really enjoyed that passage because it was reassuring, and inspirational.

I did not think my personal Bible would show any changes because it had been in my posession the whole time, but I looked anyway. When I checked, I was stunned to find that what it said was totally different from what I remembered! Now, instead of “lion and the lamb”,  it says, “The wolf also shall dwell with the lamb”.

So my personal Bible that I had in my home the whole time had somehow, changed? How could that be?

Here’s what it says now:

The wolf also shall dwell with the lamb…”

In the Bible, as well as in stories with a moral, there are numerous warnings to beware of wolves in sheep’s clothing, yet now, in Isaiah 11:6, the noble lion had been replaced by the wolf? This is indeed strange.

As I said, I was stunned, and for awhile, I just didn’t know what to make of it. I called a friend of mine to tell her about it, and fortunately, she quickly understood what I was talking about, and since then, has herself noticed several unexplainable changes as well.

To double-check the phenomenon,  I looked in other Bibles, including other versions, but I found the same thing. Apparently, the texts from all the Bibles now have the lion replaced by a wolf.

But why? And what could possibly have happened to bring this type of change about?

At first, I was a little freaked out, but now, having heard about several other apparently supernatural changes that have been happening in our reality, and having communed with Angels to help me understand, as well as having listened to numerous people’s opinions about it, I have come to the conclusion that several unexplainable, apparently supernatural changes that have been taking place are there to help us in some way. In fact, I believe it shows more than ever that God is real. 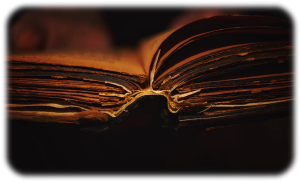 To me, the reality changes that have taken place prove that reality is much more malleable than any of us could have guessed. Virtually everyone thinks of reality as solid and dependable. Yet, is it? The ancient sages taught that one can use his or her consciousness to shift certain aspects of what we perceive as reality. The idea of instantaneous healing of body, or emotions, or circumstances is something that ancient sages have been teaching since antiquity. They also, by the way, taught that even instantaneous travel from one place to another far distant is a possibility. These ancient sages were not performing any kind of magic. Instead, they had simply discovered Truths about how things work, and they attempted to teach their students what they knew.

I want to emphasize that the teachers of old did their best to explain that nearly everyone has the ability to use energetic means of healing themselves and others of health and situational maladies. They knew God, and were working with God, and wanted to teach others what they knew.

The many strange, illogical, supernatural changes, (like the examples I stated above), reinforce the teachings of the ancient sages that our consensual reality is not as real as we think. In fact, our reality can be changed through things like prayer and affirmations. It can also be changed by negative thoughts, so again, it’s very important not to dwell too much on the negative, lest those things come about or get worse.

Of course, I do not think that the change I described concerning the passage in Isaiah is positive in itself, but I do believe that that change, as well as others, is proof that our reality can shift.  My thought is that if reality, indeed, is so much more malleable than any of us knew, we should use it as an opportunity to help bring about positive changes in our world, in our health,  our family relationships, having a happy life, etc. 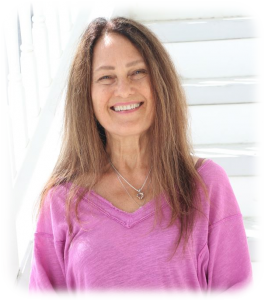 Of course, within Angel Readings, I have been doing “Energetic Clearings” for years. The idea is to help change people’s reality for the better. This has always worked quite well, which is why adjusting to the shifts in reality I’m writing about is do-able for me. In many ways, I have already been witnessing reality-shifts through the work I do. In fact, I’ve realized that the reality-shifts I and others are currently noticing is kind of what the Angels and I have already been doing through Angel Readings and Clearings for over 20 years. We help people get over sometimes years of emotional hurt and psychological pain very quickly, which is miraculous in itself. We help not only to reframe negativities from people’s pasts, but, in many cases, the outer realities seem to change as well. What the Angels and I are doing is helping people to have greater connections to God and the Angels. This helps them to find happier situations, better health, less stress, and greater levels of true prosperity.

Again, I want to emphasize that I believe the reality-shifts that we, of the earth, are going through right now, are actually here to help us. While, at first, I, personally, was a little freaked out, now I realize that God and the Angels are letting us know that while God is stable and completely real, Creation, itself,  is malleable. In my view, this is an especially good time to use our thoughts and prayers to help bring more truth, love and peace into our world, and for each of us to find a greater connection to God and the Angels than ever before.