Fulfilling Your Purpose as an Incarnated Angel

Part 2 of “How to Do Your Angel Work” 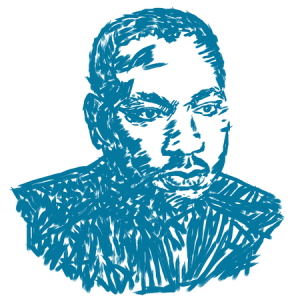 The truth is, on a large scale, the mess the world is already in is truly overwhelming, yet the good news is that you and I can make a difference. While not all of us have the wherewithal to reach huge crowds of people as did Mahatma Gandhi and Martin Luther King, Jr., as well as other heroic figures I could name, each of us has more Angelic power than we realize.

Each of us can assist others who truly need the help. Whenever I see a person who is being mistreated by another, I think of what I can do to help. Much of my work in this vein comes in the form of helping clients who have been mistreated by family members their entire lives, and who may even have had trouble being accepted by others as well.

This scenario is very common for Incarnated Angels. The reason for the abuse is connected with a dark-side plot directed against Incarnated Angels in order to keep them so sad and depressed that they cannot do their Angel-work. The idea is to make it so physically and emotionally hard for them that the thought of helping others on top of simple survival seems impossible.

I once saw a movie called “The Seventh Seal”, in which a Knight and his squire return to Sweden from the crusades, only to find that their country is plagued by the Black Death. They have to face the grim reality that all those years away from home, fighting for the Crusades was for naught. Then, Death, in a personified form, appears to the Knight and tells him it is his time. In return, the Knight challenges Death to a chess game for his life.

Deeper into the plot, the Knight and his squire come across a young woman jailed in a cage, whom the townspeople are scapegoating and accusing of witchcraft. They unreasonably lay blame on her for the Black Death, and plan to crucify her later that day. Their irrational belief is that through killing her, the Black Death will cease, which, of course is the epitome of the scapegoating mentality.

She is really an innocent young woman, and the Knight and the Squire know this. They discuss the fact that they have the wherewithal and prowess to rescue her, but come to the faulty conclusion that since she’s already suffered so much, it wouldn’t do any good to save her.

That was the point where I became horrified. What a ridiculous notion!  “She’s been suffering so much, we might as well allow her to continue suffering”??  What nonsense! They should have gotten her down from the cross, and they should have saved her.  Absolutely!

Can you imagine that kind of inane mentality superimposed on a fireman or a doctor? “Oh, the person may already be injured by the fire so we might as well let her die”. Or…”Oh, the patient is suffering, so we’d better not give him pain medicine or make it any better”!

Your purpose is to help the sufferer. 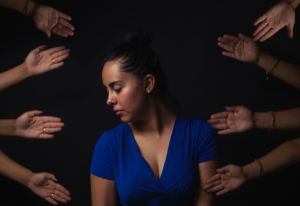 What lunacy! It seems to me that the sooner you help someone who is suffering, the better. First, it’s important to remove the cause of pain and anguish.  Second, it’s important to offer water, kind words, and whatever you can do to help.

In working with countless women and men in my Angel Reading sessions, I have seen innumerable cases of Incarnated Angels who have lived their entire lives as the “designated” scapegoat of the family. Sometimes these people have endured emotional damage and bear invisible scars from being mentally and verbally abused by members of their own family, and often, by other people as well.

In the movie, the woman dies, but then so do almost all the other characters as well, since the Black Death is highly contagious.

It seems to me that it’s ludicrous not to help someone who is being scapegoated and who is in serious pain. Yet many people, not realizing the suffering of others, allow those people to continue suffering even though they could help.

As an Incarnated Angel, you can make a difference. 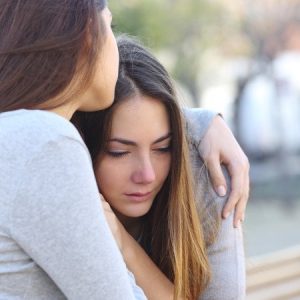 If you will simply notice the dynamics of what is going on…sometimes in your own family, or in the social circle in which you run, you can make a difference by speaking with the person being abused, getting to know what is going on from their perspective, and seeing what you can do to offer understanding and love. Doing this simple thing can, with practice, become second nature for you. In this way, you will hone your skill of not only becoming more aware of subtle dynamics and the feelings of others, but also of getting involved by seeing what you can do to help. And by so doing, you will be helping to improve people’s lives, and you will be doing a part of your Angel-work.

You may not be able to heal the whole world, but through helping even one person who is in physical or emotional pain, you are actually affecting the world in a far more positive way than you could possibly even realize, and by doing this, you are doing, at least in part, your Angel Work.

Schedule your private session with me, and we can work together to clear any issues you might have, and develop your plan to do the Angel Work you were sent here to do.