Understanding the Presence of Angels

Over the past few decades, angels have become popularized as kind and helpful beings devoted to guiding and protecting each person on earth. And in fact, angels are supernal beings created by Divine Essence long before humankind. The word angel is derived from the Greek angelos, which means messenger, and the chief function of angels is to shuttle messages of prayer between the human and the Divine.

According to the sixth century theologian, Dionysus the Areopagite, there are nine orders of angels including seraphim, cherubim, thrones, dominions, virtues, powers principalities, archangels and angels, each of whom are assigned either to assist the Divine in cosmic order, and/or to act as messengers of the Divine to the earth, as guardians of the human soul.  In fact, the angel is the member of the heavenly host closest to humanity in its labors and concerns, and it is from this group Guardian Angels are chosen.

Spirit, the Divine, assigned many Guardian Angels to lead humans into their highest potential.  These angels walk and talk with humans, do their best to keep people from harm, and attempt to guide people into their highest good, and most purposeful existence.  They are dedicated to helping the Divine help humanity, and they do their best to commune with people and to show them the way.

Guardian Angels can make their presence known in several ways.

The best way to commune with angels… 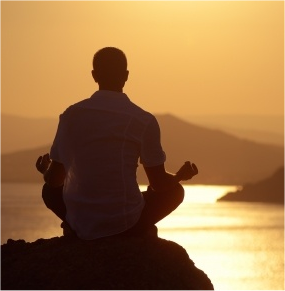 The best way to commune with angels is to love all the gifts Spirit has given without exception.  This attitude helps to bring the individual into the same vibration as the angels, for the angels of light are just this appreciative of all of Spirit’s gifts.

The following are a couple of helpful tips for safely communing with angels: