Why Incarnated Angels’ Presence is Required on Earth 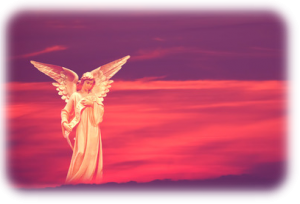 In a poem called “Lines Written In Early Spring” by William Wordsworth, who was himself an Incarnated Angel, he writes,

“To her fair works did nature link the human soul that through me ran, and much it grieved my heart to think what man has made of man.”

These words epitomize the problem Incarnated Angels face about living in the world as it is. Incarnated Angels are not only idealistic, but also sensitive, and it’s emotionally tough for them to even know about the horrors and injustices that go on here on earth on a regular basis, let alone set to the task of trying to change things.

Making the World a Better Place

Yet Incarnated Angels feel it’s their job to change the world and make it a better place, so they try. Yet even when they do so, it often doesn’t work, which, in itself is frustrating, and can cause perplexity and disillusionment in the Incarnated Angel.

After years of trying to fix things through spreading good news, and attempting to inform others of Truths Incarnated that Angels think people should know, and running against roadblocks and the clueless-many who don’t understand, Incarnated Angels can become saddened and depressed.

But if life is so difficult, and the ways of this world so foreign to Incarnated Angels, why do they incarnate here in the first place, and why should they stay?

The reason they come is because it’s necessary. In this life, it can be extremely difficult, and at times look bleak, but between lives, they get a different perspective. They see that the earth is by-in-large being run by the dark side, and that humans are unaware how true this is. The Incarnated Angels then realize that in order to serve God, and not let the dark side win, they need to incarnate in order to inform others, and influence the direction of humankind.

Incarnated Angels’ presence is required in order to point less than obvious Dark side manipulations out to people, and to help those same people discover solutions. That, the Incarnated Angels try to do, but it certainly is not easy.

Nevertheless, with all that having been said, the influence of the Incarnated Angels is very  important for the world to even have a chance to make it through the extremely tough period that the earth is now experiencing. The fact is, there is a Cosmic War going on…a Cosmic War that has been going on for thousands of years, and is now reaching a crescendo.

The beginning of the War… 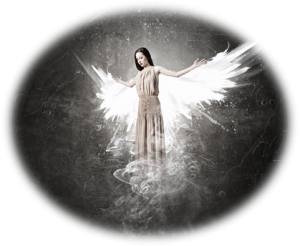 The War, I speak of, was started by the dark side with the goal of eventually turning all of humankind into slaves. In order for their sinister plot not to be fulfilled, and for good to prevail, at least a percentage of the earth’s  population needs to be aware, and it usually becomes up to the Incarnated Angels to influence as many people as they can to understand what’s going on, and with that knowledge, to therefore decide not to cooperate with the dark side shenanigans.

In short, life here is hard, and is a hard cry more difficult than life is in the heavenly realms, where everything is perfect. Nevertheless, Incarnated Angels need to be here to both learn and discover hidden truths, and then to use that knowledge to guide and direct others.

By the way, some of the hidden truths are Cosmic, and some simply relate to people’s private lives. Incarnated Angels are here to help bring in more goodness, and to always support God in helping humanity become more like God intended the human race to be in the first place.

If you’d like an Angel Reading and Spiritual Counseling to help you in your journey, Contact me or call me at 425.741.9752