By ZARA on October 8, 2020 in Angels, Archangel Michael, Demons

The Reason For And Agenda of Fallen Angels 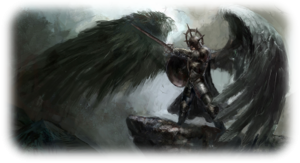 If you stop for a moment and think of the world around you, it is evident, and you will know that things are not right. There are too many wars (both worldwide and in our nation), too much corruption and too much hatred. Everywhere you look, there’s a lack of honoring of life, love, kindness, and important values like self-control, authenticity and integrity.

Have you ever wondered how everything became so upside down and backwards? According to my information from Archangel Michael, the Fallen Angels have an agenda and are purposely, negatively influencing humanity. In various ways, they have misdirected a large portion of humanity into missing their joyful, spiritual potential of being close to God, and therefore being genuinely happy.

This, by the way, is exactly why good, Incarnated Angels are now in this world as well. We are here to help God by doing our best to have a positive influence on humanity, and helping to lead them back to God.

Keep in mind that the good Angels have always known that there is no reason whatever to be jealous of or angry at humans. Instead, good angels want to be of service to God by helping to inspire the humans to attain their highest potential and connect with God.

How it all started:

In the beginning, humans were innocent and pure. It was only later, due to the negative, pandering influence of rebel angels that many humans took up bad thinking patterns and practices. To explain what I mean, I’m going to go back in time to what happened in the aftermath of the War In Heaven. 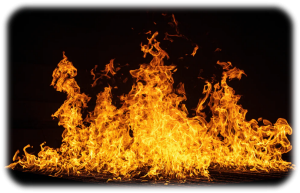 After the War in Heaven from long ago, the bad, rebel angels were ousted from the heavenly realm and thrown into a dreadful place, a fiery, dark lake of hell. These Fallen Angels, who had previously resided in the heavenly realms where everything was comfortable and beautiful, now found themselves amidst jagged rocks, in a dark, sulfurous, loathsome place. Being thrown into this horrid environment was the direct result of their iniquitous behavior.

It is worthwhile to note that, according to my own receiving from Archangel Michael, some angels previously loyal to Satan, immediately defected from him and asked God for forgiveness. Those who were sincerely penitent were immediately taken back into the Heavenly Realm. Those who truly repented were completely forgiven.

The punishment of Fallen Angels… 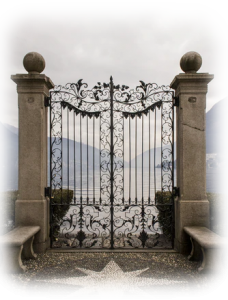 The other fallen angels, which I call demons, continuing to maintain an impenitent and prideful stance, could no longer journey into the Heavenly Realm, those gates were closed to them. That was their punishment. Of course, God intended that they only receive this punishment as long as they remained impenitent. Nevertheless, some, intensely jealous of humans, because God so loved the humans, stubbornly stuck to their prideful agenda of hate and corruption of humanity, and continue to do so to this day.

In the disgusting environment they found themselves in, at first even Satan was in shock and had a hard time adjusting. Then, pridefully impenitent and headstrong, he stood up, and in an impressive oration directed to his Fallen Angel minions, he delivered a terrible speech outlining a diabolical design.

Satan knew He and the other Fallen Angels could no longer go into Heaven to attack God’s forces head-on, so he devised a dreadful scheme. “To do ought good never will be our task, But ever to do ill our sole delight” (1.159-60). The treacherous scheme he delivered was to continuously attempt to hurt God by attacking God’s beloved children–the humans. His main connivance was for all of the demons and Fallen Angels to take part in corrupting the humans–especially through temptations of the senses, and to gain control of any and all humans in high worldly positions such as leaders of government, corporations and religions, and doing all they could conceive of to lead humans away from God and into chaos.

Up until then, humans were pure. People did not have the negative qualities we’re all so familiar with now. No wars; no hate; no killing. The Fallen Angels knew that they could not attack the humans directly, so they invented psychological warfare against them, and taught them terrible things. They taught them how to make implements of war. They taught them to be egotistical, to lie and covet one another’s possessions, and many other negative things against the humans’ highest good.

The calculated corruption of humans by dark beings, described above, has now been going on for millions of years. In fact, corruption has become so prevalent and routine, that to most humans, unprincipled behavior, which is so against our highest good, now seems normal. 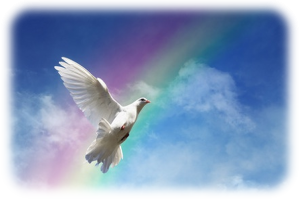 Yet all is not lost. In fact, even now, humans are basically good, and a solution is in sight.  While it is true that good Incarnated Angels and Angelically Inclined good people have our work cut out for us, goodness and right can still prevail.

In my next article, I will outline a positive, hopeful outlook on how this world can become a better place, and how we humans can become more aligned with our highest good and with God.

Learn more about yourself, and possibly even your Purpose as an Incarnated Angel.