I also wanted to know, that as an incarnated Angel, does it necessarily mean you’re a highly empathic (empathetic) person? In the sense that you tend to sympathize with a person when he/she is hurt, when to others it may not occur that the individual is hurt?

Because of being highly empathetic, Incarnated Angels simply cannot stand to see anyone getting hurt. Incarnated Angels are even known for putting themselves in harm’s way in order to try to rescue someone from abuse. In fact, they tend to be natural heroes – essentially like a Superman and a Wonder Woman – who, whenever they see an injustice that they think they could do something about, they are willing to get involved. If they see a man abusing a woman, or an adult angrily shouting at a child, or a boy being mean to an animal, or girls picking on another girl in the mall, or even an animal being mean to another animal, the Incarnated Angel will typically say or do something to try to help the victims.

Because they tend to be good at reading body language, they often notice when someone’s feelings get hurt even if no one else notices. For instance, people may be standing around talking, when suddenly, something is said that hurts or offends one of the more sensitive people in the group. That person will make some subtle movement or have a look on their face which no one notices – no one that is except the Incarnated Angel. The Incarnated Angel will notice and care about this even though no one else does. From that point, if the Incarnated Angel deems it appropriate, they will say or do something intended to help. If they don’t feel it’s appropriate for them to do or say anything, they will likely go home and think about it for days or weeks afterwards. This is because Incarnated Angels believe it’s their job to help and to fix things, and if they can’t help, due to circumstances, they still care.

What is the responsibility of an Incarnated Angel? 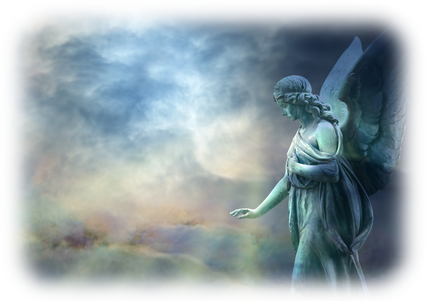 Of course, it’s not really the job of Incarnated Angels to fix things for other people. But it is their tendency to want to. The reason for this feeling is because in a higher dimension, in the non-incarnate state, Angels do have responsibility towards people. As an example, when they are assigned to humans as their Guardian Angels, the Angels are supposed to be with that person and guard and direct that person throughout their lives, regardless of whether the individuals they serve deserve it or not. In that ethereal dimension, that is appropriate.

But when the Angel is in the incarnate state, choosing to stay friends with a person no matter, or to stay married to a person no matter what – even if they’re highly abusive –  equals codependency, and is usually not appropriate. However, because they have a habit pattern picked up from eons of Guardian-Angel-human caretaking from a higher dimension, they become used to sticking with people unconditionally. It’s hard for them to understand that doing so is not beneficial. The reason it’s not beneficial in the earthly dimension is complicated, and I will explain more about that in the next post.

What is appropriate is for Incarnated Angels to be kind, helpful when possible, to stand up for what is right, and to do their best to be a positive influence on others through example. It’s not appropriate to stick with friends or spouses who are regularly unkind and abusive, but it is appropriate to be a loyal friend or spouse in other circumstances.