Recognizing and Avoiding the Negative Influence of the Darkside 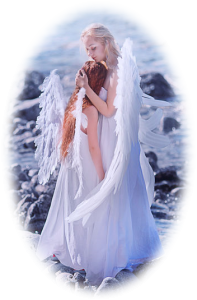 Many people believe in and revere Angels. While doing my Angel Readings over the past twenty-five years, I’ve heard many a story of Angel-encounters, and have heard endless stories of people knowing they have been helped by Angels. Yes, good Angels do come through for people, and they often help when people need them most. For those reasons, Angels are very loved.

But good Angels want to have more influence on the way things are going in the world. They want humanity to rethink numerous aspects of our lives, and to shake ourselves loose from the shackles that have been placed upon us through the trickery of the darkside fallen angels, and their minions.

Now is the time to recognize that God, and the Angels of God are real, and that our lives will go much better when we not only acknowledge and remember that, but also when we act on it as well.

I don’t particularly like going through the list of all the ways the bad angels, which I call “the darkside”, are presently influencing humanity.   I will, however, mention a few:

In my work as an Angel Reader, I assist you by bringing messages from Archangel Michael and your guardian Angels to help guide you into a happier and more purposeful life.

If you would like to discover if you are an Incarnated Angel, what your purpose is, how to accomplish your “angel work”, or for guidance for a happier more meaningful life, please Contact Me or call me at (425) 741-9752