By ZARA on April 14, 2017 in Angel Readings, Angels, Incarnated Angels

Discovering You Have the Soul of an Angel

At the age of 37, Andrea found out that she was actually an Incarnated Angel. This came as a major epiphany for her, which subsequently changed her viewpoints about everything that had ever happened, was happening, and could ever happen in her life.

The way Andrea became aware that her soul was actually that of an Angel was through a profound spiritual experience that happened to her in the privacy of her own home.

Comfortably in her own bed, she woke up in the middle of the night to the following words going through her head, “You are a Seraphim”.

Never having heard the term, ‘Seraphim’ before, she looked it up on the Internet and found out that a Seraphim is a type of Angel. While reading about Seraphims, and what they are, another potential search showed up on the side of her computer, “Incarnated Angels”. Since, in her dream, she had been told she was a Seraphim, (an angel), she felt drawn to click on these words and continue her search along this vein. When she clicked on “Incarnated Angels”, she found many sites about this topic. 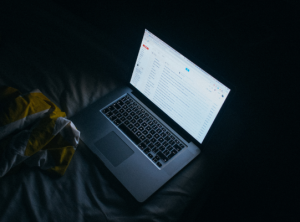 Going through many of the sites that showed up under this heading, she felt disappointed. What she found was that none of these sites gave her the information she was looking for, and that it was clear those people were writing about things they merely pretended expertise in, while actually having no direct knowledge at all. The things they wrote were full of fantasy…hopeful niceties that did not answer any of her questions. Their words were composed of unrealistic fluff that skirted the issue, and contained very little truth or value. To Andrea, she told me,  it was apparent they were speaking “fairy-tale-ese”  rather than reality, and fiction rather than fact.

Continuing to browse through various sites, she found that every one she perused obviously copied each other, and she intuitively realized that none of them offered her the direct knowledge and insight she was looking for.  It seemed as if they were parroting each other’s lack of knowledge, and that none of what they said seemed real or helpful in any way.

After spending a significant amount of time in her important search, she found my site. Then, she told me, she knew she’d found what she had been looking for – true information written by someone with direct knowledge.

My blog is dedicated to the study of both Angels on high, and Incarnated Angels. 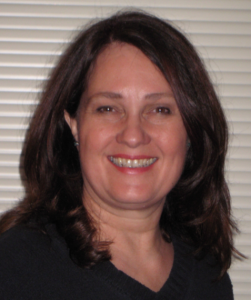 The information about Incarnated Angels is not copied or paraphrased from any book or writing elsewhere on the Internet. It is composed entirely of original material based on direct personal experience and understanding, as well as that which is channeled by Source.

Andrea related that as soon as she began reading my articles and blog on the topic of Incarnated Angels, she appreciated the obvious quality of truth, knowledge and information, and, as she said to me on the occasion of our first phone conversation, she had found her teacher. She said it was clear that I actually knew what I was talking about, and that I had the knowledge and the information that she sought.

During Andrea’s initial two-hour Angel Reading, so much information came through that she’d always wanted to know about, she was thrilled. She said much of what I told her were things she’d never heard verbalized before, and had never seen in print. Yet now, in her first Angel Reading, the elucidating words spoken were music to her ears.  She said this was because she finally felt validated for who she really was, at last understood what her life purpose is, and finally could fully grasp the reason she felt different from other people.

As Andrea expressed, “Having this reading with you, Zara, was the most important thing I’ve ever done”.

What was so important to her, she said, was the understanding she apprehended from the reading itself. Never before had she found anything close to the amount of thirst-quenching, incredibly valuable information as she did -even  in her very first reading!

Included in the beginning of Andrea’s session was an accurate spiritual and psychological description of her, about  things that she had never related to anyone before, things she knew inside of herself, but had never spoken aloud.  To hear her specific characteristics, qualities and thoughts related to her by someone she’d just met was absolutely mind-boggling to her. She said it was comforting and reassuring in an extraordinary way.

She also received accurate information about various friends, family, people that she worked with, and other significant acquaintances she asked questions about.  All this was astounding to her because she knew the information was correct.

But how? How could this be? How could someone who she’d just met know so much about her – things even her close friends and family members did not know about, things which even if she tried to tell them, she already knew from experience that they simply could not relate to or comprehend.

In my next article I will write more about why and how this can happen.

Schedule your private session with me, and we can work together to clear any issues you might have and develop your plan to do the work you were sent here to do.

Presence of Angels
Angel Readings and Self Awareness