The Battle Between Incarnated Angels vs. the Dark Side 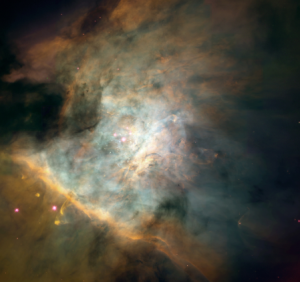 Over the last many centuries, Incarnated Angels have come to earth through the normal process of birth for the express purpose of being a positive influence on humanity. While Incarnated Angels are indeed human, they actually have a different origin from regular people.  Most people were created as humans from their beginning, but the ones I call Incarnated Angels were originally created as Angels, before ever incarnating as humans.

When the earth began…

At first, the earth was a beautiful place, and there was no strife.  Then, after the Dark Side targeted the earth and quickly wreaked havoc, conditions on earth rapidly deteriorated, and extra Heavenly help was needed. Because of this, there was a special dispensation from Heaven stating that some Angels were needed to incarnate as humans so people could actually see and hear them. No Angels were forced to incarnate as humans.  The Angels that did come to earth as humans were/and are volunteers.

This phenomenon, of course, is in addition to the Angels’ on High influence on humanity.  Yes, the Angels on High are still there, and are wonderful.  However, since most people cannot normally see and hear the Angels on High, Angels incarnating as humans became necessary.  So, thousands of years ago, Incarnated Angels started to arrive through the normal process of birth.

How do Incarnated Angels have influence?

The Incarnated Angels can be seen and heard by everyone, so when they happen to get into the public realm, for instance, they can do a great deal of good. This is the reason that, if you are an Incarnated Angel, it is important to figure out what you can do to understand the truth about things and help, and why it’s important to research the true history of humanity, set out personal goals to get involved, and become active in doing your part to teach and aid humanity. 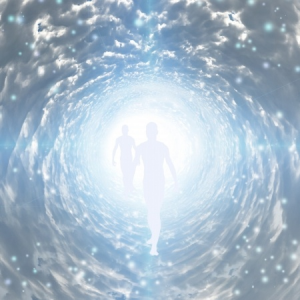 When good Angels began to incarnate on earth as humans, they were not always well-received. This was partially because, in several ways, they’re a bit different from other people, and unfortunately, humans don’t always accept those who are different.

This brings up one of the main problems with humanity.  Humans don’t always see things accurately, and can be short-sighted and unappreciative.  Regardless of these negative characteristics common to humans, God and the good Angels love them.  They see the good in people, and they strive to bring that goodness out. So even if it’s hard and sometimes thankless to help people, it’s still important for us to do so.

As Incarnated Angels do their best to inspire people and bring out their goodness, they are doing this to serve God.  They realize that God loves humans, and that He/She wants humans to be positive, appreciative, kind, spiritual and good.  He/She also wants humans to live in peace and have plenty of food, water, shelter, and have all of their basic needs met.

What is the purpose of the Dark Side? 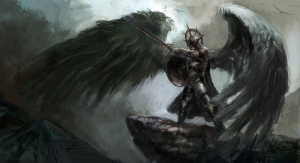 Here’s how it works: Incarnated Angels care about people and do their best to counsel, teach and help people to be happy.  They love God.  They care about people.  They are typically above-board, kind, concerned, helpful and caring.

Dark Side Beings despise people and actively try to cause people harm.  Some Dark Side Beings are in human form.  Some reside in the fourth dimension. They are against humanity, and they attack humans in clever ways.

The Dark Side has a plan..

They often use what appear to be personal attacks.  When these attacks happen, Incarnated Angels, (who are often very sensitive), feel hurt, sad and sometimes woefully depressed.  Then they wonder why all these terrible things are happening to them, and wonder if this means that they have really bad karma that they don’t know about.

In fact, the attacks are not because of their karma. Rather, they are calculated attacks designed to cause physical and emotional harm in order to get the Incarnated Angels to give up and not fight back.

In fact, the attacks waged against Incarnated Angels are part of a large-scale Dark Side plot to get the Incarnated Angels to stop helping humanity. If they should succeed with this dark plot, the Dark Side imagines they could wage unlimited attacks against humanity without opposition.  But we are here, and we are opposing them, and good will prevail!

I, myself, am an Incarnated Angel, and I’ve been assisting Incarnated Angels and other people to be happier and understand things in their lives more clearly for the past twenty years.

If you think you may be an Incarnated Angel, or if any of the above relates to you and you would like the Angels’ and my guidance and help, go to my “Schedule Your Session” page, and contact me.

What is An Angel Reading
Incarnated Angel Work