Receive Guidance From the Angels of Light 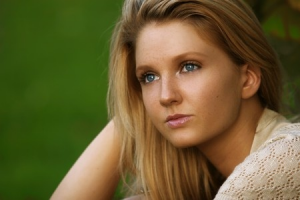 Almost no one thinks of Angels all the time.

Even though I am a Psychic Angel Reader who has a special gifts to tune in with the beloved angels on a regular basis, I sometimes forget to observe the Angels right in front of me, above me and all around.  One day, when I wasn’t really thinking about Angels, I was out and about, visiting Pike Place Market and the Seattle Aquarium.  Suddenly I beheld hundreds of beatific, luminescent Angels in front of me, floating above, and I was heart-struck to realize that though briefly, I had  forgotten them, they had not forgotten me.

As an Incarnated Angel, Earth Angel, Angel Reader who loves Angels, the above described experience helped to fill me with a wonderful feeling of safety, protection and gladness.  As I viewed them, it became clear that the Angels were ready and willing to guide me, protect me and instruct me whenever the need should arise, no matter whether I was consciously thinking about them or was not happening to think about them at the time. Their wonderful attitude about this sort of thing is what I call dedication.

Angels Believe in Us… 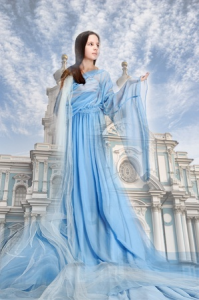 So often, we people start to believe that if we are not thinking about the Angels at a particular time, they are not thinking of us. Yet this is not the case.  The Angels care about us and are with us constantly.  Even if we do not fully believe in Angels, the Angels believe in us and they help to guide us in every way they can.

As I see it, this is an example of the fact that Angels are dedicated to fulfilling their Divine Purpose and the above example of their dedication to something good is truly an example for us about the way we’re supposed to be as well.

This dedication to Divine Purpose that I have witnessed in the Angels is a huge inspiration for me as I often wonder what the world would be like if everyone considered and followed their Divine Purpose in accordance with the Angels of Light.  If people believed in the Good Angels, learned how to tune in with them, listened to them and actually followed their guidance, then I believe, the world would be a much better place.

Can you imagine what that would be like–if everyone prayed to God and asked the Divine to come into their lives to help them find their own true path?  If they opened themselves to receive messages from the Good Angels, then each person would possibly find the way.

What if we open our heart to the influence of the angels?

The way I see it, there would be far fewer fights and upsets between people, and I believe there would never be a war.  In fact, I believe people would be much more concerned about doing the right thing and being kind and loving rather than being willing to scapegoat one another through acts of hatred including war.

If people allowed themselves to open their hearts and really be influenced by Good Angels, I believe they could then peacefully work out their differences through love and understanding. In this way, the world would naturally be a better, more enlightened place. 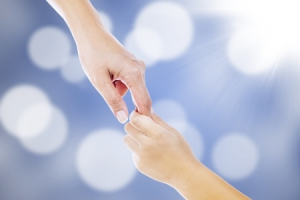 Truly the Good Angels do not believe in war, and they really do not support what people call “justified war efforts” that have plagued our world not only in recent years, but throughout world history.  What the Good Angels have taught me about this is that all problems between people can be resolved through the avenue of love and peace, and hatred and war are never necessary.

“What difference does it make to the dead, the orphans and the homeless, whether the destruction is wrought under the name of totalitarianism or the holy name of liberty or democracy?”  – Mohandas Gandhi

From the messages I’ve received from Angels, I believe that the war in the middle east is completely unnecessary and there is absolutely no excuse for the numbers of innocent children and civilians who have either been killed, or whose lives have been ruined due to atrocities inherent in war.

Instead of following the crowd and supporting war and hatred, the Angels of Light I work with in my Angel Readings and Spiritual Counseling want us to know that our job is to think, consider and follow the precepts of love and understanding above all else.  Rather than letting our thoughts and actions be manipulated by evil politicians into performing and/or enabling war, we need to remember that love and peace are the WAY.

“I have decided to stick with love. Hate is too great a burden to bear.” – Martin Luther King, Jr.

So when you realize you do believe in Angels because you know they’re with you and you know they love you, keep these thoughts in mind.  In fact, the Angels do not want any of us to be blindly nationalistic and follow the manipulative direction that the Dark Side is trying to brainwash us into.  Instead, they want us to be kind and believe in love. So remember, no matter what they say to attempt to brainwash you with what’s on television and in the news, do not support war.  Instead, remember that in this world, there’s never any excuse to declare or go to war.  Peace is always the way.

Here, also, is a quote from Gandhi: “You must be the change you want to see in the world.”

Mohandas Gandhi also said, ” Victory attained by violence is tantamount to a defeat, for it is momentary.”

So now, when you you are out and about, or in the comfort of your own living room having a cup of tea, or going to bed at night, or anything else, especially if you recognize yourself as an Incarnated Angel or Earth Angel, here to serve God and humanity, always 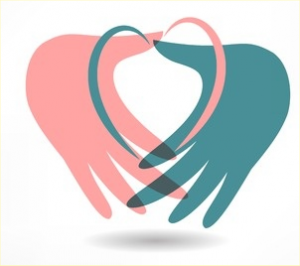 remember that the Angels are here to guide you.  Only when you open yourself to receive their messages can you fully receive their help and Guidance.

Then you will know how to truly love others and you will always follow the way of Peace.